Seldom Sene is a recorder quintet founded in Amsterdam in 2009. The group consists of five women: Stephanie Brandt, Ruth Dyson, Eva Gemeinhardt, Hester Groenleer, and Maria Martinez Ayerza.
In September 2014 they were awarded First Prize, the Audience Award and the Press Prize of the International Van Wassenaer Early Music Competition in the Utrecht Early Music Festival.
They have recorded four albums to date on the Brilliant Classics label. Their first album, Taracea was released in September 2014, and received favorable reviews in Gramophone and The Irish Times. El aire se serena was released in February 2016. Their third album, a recording of the Goldberg Variations by J. S. Bach was released in October 2017. Their most recent album, Delight in Musicke, with vocals by soprano Klaartje van Veldhoven, was released in March 2018.

How Free Is the Press in the Birthplace of Democracy? Reporters under surveillance. Political opponents being wiretapped. The scandal is called the ‘Greek Watergate.’ But not enough people are paying attention. 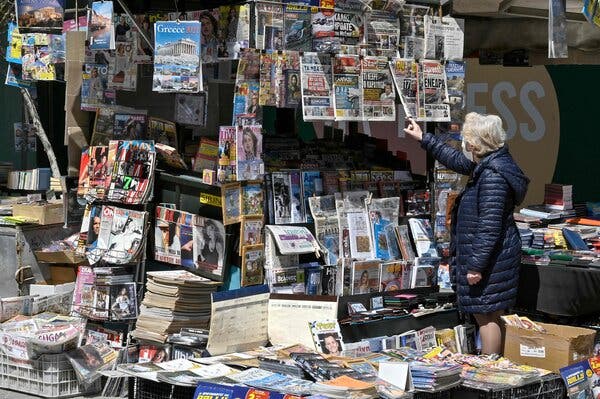