"Lot number eighty seven" declared the auctioneer at Sotheby, London. "What is the bid for this magnificent model of....

* * * *
Sir Horace Butler, 191 centimetres tall, was the Governor of the Indian state of United Provinces (now Uttar Pradesh) in 1888 and stationed at Lucknow. He was a precise man. He rose at six every morning, went for a horse ride, joined his wife for breakfast to eat one poached egg served on a semi cooked toast, another toast with one spoon of marmalade sprinkled over it, and one cup of Bengal tea. He would then walk to his bungalow office at Havelock Road, arriving punctually at nine a.m. After attending to his personal mail, he would go on horse¬ back from his bungalow office to the state secretariat, half a mile away to arrive at five minutes to ten and return home again on the stroke of five.

At five thirty in the evening he would be in the tennis court to play his two sets of doubles-light and weather permitting. His tennis companions spoke few words and never indulged in levity.

His other interests were travelling and more than an amateur interest in the art of the Mughal dynasty.

As his gubernatorial appointment was for only three years, Sir Horace frequently used his time travelling in a carriage into the outlying districts to learn more about the country and its people. On these trips he was always accompanied by his private secretary who acted as his interpreter and guide.

On one such journey, passing through the narrow, muddy streets of Unnao, a small town near Lucknow, Sir Horace chanced upon an old craftsman's shop. Leaving his servants, the Governor dismounted from his carriage and entered the ramshackle workshop to admire the delicate pieces of ivory that crammed the shelves from the floor to ceiling.

The craftsman bustled forward in a long yellow kurta and white cap to greet him. He bowed low and then looked up at the great man of the Crown. The Governor returned the bow while the private secretary explained who Sir Horace was and his desire to see the craftsman's work.

The craftsman bowed, did a ‘salaam’ and said, "I am honoured". He then pointed a finger to the back of the shop, beckoning the visitors to follow him. They entered a veritable museum with row upon row of beautiful miniature classic items.

"I have, Your Excellency, a piece of the seventeenth century that you may care to see. It is a model of the Taj Mahal, made by Ghiyas Beg, which the emperor Shahjehan approved. It was this model which was copied to make the great Taj Mahal at Agra".

"Please show it to me", said the Governor.

The craftsman passed the piece over for the Englishman to study. Sir Horace's mouth opened wide and he could not hide his excitement. The little miniature, no more than twenty centimetres in height, was a fine example of the Taj. Its intricate carvings were superb. In its interior were the graves of Shahjehan and his consort Mumtaz Mahal. Sir Butler felt confident that the maker was the great Ghiyas Beg, brought to India from Persia by one of the well-known wazir's of Shahjehan's court.

"It's magnificent'', the Governor said. "Absolutely magnificent. I am sure it is the original."

The craftsman bowed, "Of course, Your Excellency. This antique came to me by chance. My ancestors went with Bahadur Shah Zafar, the last of the Mughal kings to Rangoon. It was there that the last emperor personally gave it to my forefathers before he breathed his last."

Sir Horace stood silent for a long time. He pondered whether he should ask the inevitable question. He was aware that when a person of his status asked this question, he would never get a fair answer. The replier was only too keen to please the representative of the Crown. In British India, it had its own advantages.

"How much would it cost?" asked the Governor after considerable hesitation.

The craftsman bowed. "It is not for me to quote a price Your Honour. For me it is enough that this treasure should grace your home".

"Well, let me give it a thought. May I come back to you after some days with an offer?" asked the Governor.

As the party travelled back to Lucknow, the Governor remained deep in thought. Keen as he was to acquire the miniature, he did not want to be unfair. He wanted his offer to be correct and just.

Observing his pensive mood, the private secretary uncharacteristically suggested, “Your Honour should not be unduly concerned with the price. The craftsman would sell it for any price that Your Excellency will offer because there are not many buyers for such pieces in these regions."

Once back, the Governor browsed through a lot of books in the Governor's library to see if he could discover a realistic value for the little master-piece. After diligent research and with the help of his staff and some prominent local people including a 'Nawab', who claimed Mughal ancestry through a concubine of the emperor Jahangir, he was able to assess its true worth.

Three months later, the Governor accompanied by his private secretary was back in the shop of the craftsman.

''I have returned, my friend, to make you an offer." Sir Horace then made an offer which was accepted with immense gratitude by the craftsman.

Sir Horace completed his tenure in Lucknow, and then retired to his native England where he spent his final years with his wife and the miniature Taj Mahal. The piece occupied the centre of the mantelpiece in the drawing-room for all to admire.

And so the model passed along into the possession of young Tim, his grandson. Tim alas, had little love for antiques. His interests were more earthy-women and gambling. Within a few years he was in need of considerable money.

Tim took the model off the mantelpiece and drove to Sotheby's to instruct them to put the miniature up for auction.

"It will take a few days to estimate the true value of the piece", the head of the Asia department said, "but I feel confident on a cursory glance that the model is a fine example of Ghiyas Beg. Indeed, a few years earlier we had his model of the famous mosque that was made in Tehran. I could give you a floor price by Friday."

Tim returned to the auction house on Friday with a large smile on his face. He knew what his grandfather had paid for the model and felt sure that there was much money in it for him. The Asia expert met him with a somber look on his face. Tim's heart sank as he listened to his words: "A nice little piece, your Taj Mahal, but unfortunately a fake; probably about one hundred, one hundred and fifty years old but only a copy of the original. I’m afraid, copies were often made because....”

“How much is it worth?” interrupted Tim.

“Six hundred pounds, seven hundred at the most”.

“And what do you want me to do with the gems?”

“Yes, the gems. The gems which are embedded in the graves of emperor Shahjehan and his beloved Mumtaz Mahal inside the miniature under the dome. I can’t imagine how...”

“Lot Number eighty seven repeated the auctioneer.” What is the bid for this magnificent model of the Taj Mahal with gems embedded in the graves of....”

At the auction of Sotheby’s that Thursday morning, the miniature Taj Mahal was acquired by a Saudi Arabian price for twenty seven thousand pounds.


1. Kurta: a long shirt
2. Salaam: a word and gesture of salutation, chiefly among Muslims. 3. Wazir: a minister.
4. Nawab: a nabob.
The Author
Anil Chandra (IAS Retd) is a short story writer whose first book of short stories “Hakim’s Commitment and Other Stories’ was an instant success. His works have been extensively translated into Hindi and are very popular. He has written over 200 short stories. Most of these have been published in his 7 book of stories
Chandra was a student of Chemistry but history always interested him. His has authored three books on history, 'Glimpses of Ancient India. Letters From Grandfather ', 'Glimpses of Ancient China. Letters From Grandfather,' and' Glimpses of China. History and Culture (1200 to 1949) Letters From Grandfather.
Chandra supports various not-for-profit charities and lives in New Delhi, India.

It’s fun writing stories. The desire to tell stories and listen to them is perhaps the oldest art of the world, and the best loved, "he says." Egyptian tombs of 6,000 years ago have imaginative accounts of domestic and social life inscribed in papyri; Greek and Roman bards sang the glories of their gods and heroes in narrative form; ancient India had its fables; the Persians excelled in legends and folk tales; the Middle East gave us the lavish Arabian Night's entertainment; the Bible, the Ramayana and the Mahabharata are repositories of every conceivable kind of story. I am continuing this tradition." 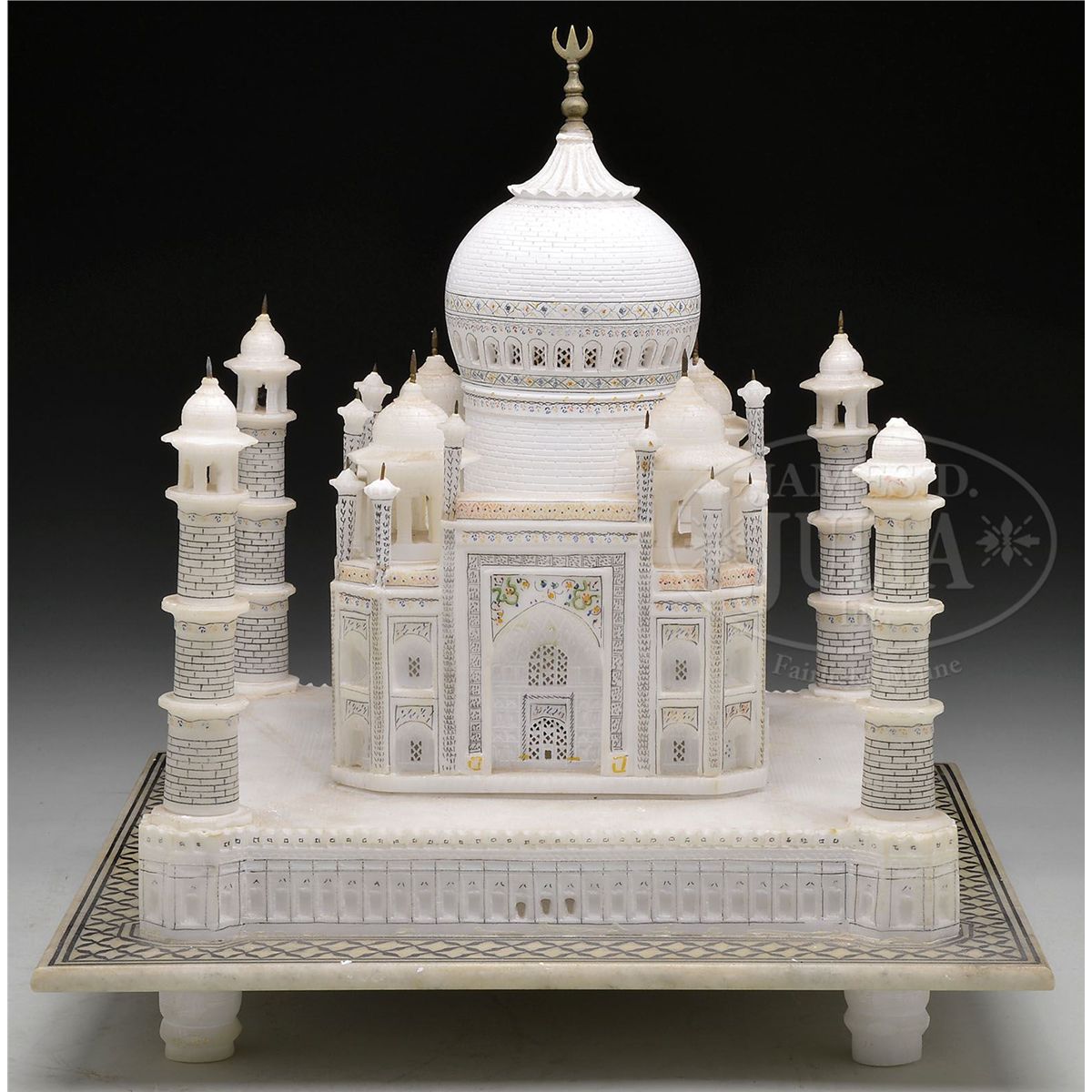