was a Danish painter. Anna Ancher is considered one of Denmark’s great pictorial artists. She along with her contemporaries oversaw a shift in the artistic landscape of Denmark. They brought about a more realistic approach as compared to the previous generations. She was the face of the women in a group that was pre-dominantly male. In fact, some say that she was the sole female in the group. As a painter, she was a pioneer among women who were tied down by the traditional constrains of marriage. She was also a pioneer in realistic art involving the interplay of colors in natural light. Ancher went against conventions and social constrains when she pursued her artistic career even after her marriage, no easy task taking in to account that she lived in a period when women, especially those who were married stayed at home and took care of household chores.
Anna Ancher Childhood And Early Life
Anna Ancher was born as Anna Kristine Brondum in Skagen, Denmark to Erik Andersen Brondum and Ane Hedvig Moller. Her father owned the Brondums hotel in Skagen. Skagen’s location as the northernmost point of Denmark meant that many artists chose to settle there for its picturesque surroundings. Anna was therefore exposed to the artistic atmosphere at a relatively early age, which helped shape her artistic perspective and before long, it became obvious that she possessed considerable artistic talents.
Her education in drawing consisted of three years at the VilhelmKyhn College of Painting in Copenhagen and at the workshop of artist Pierre Puvis de Chavannes in Paris. During the course of education she developed a style of her own. She was also one of the first to observe the interplay of different colors in natural light.
Personal And Professional Life
Anna’s personal and professional life almost went hand in hand because of her marriage to Michael Ancher, a fellow painter whom she met in Skagen. The couple settled in Skagen and became part of the Skagen Painters, a group who were dedicated to capturing the natural beauty and life of this fishing town. Anna Ancher, as with most other painters of the group painted the lives of the people of Skagen. She was indeed one of the most accomplished of the painters and left behind a lasting legacy for more reasons than one.
Legacy
Anna, although an accomplished painter, will be more remembered as the chronicler of the womenfolk of Skagen. Anna, being the only woman painter of the group depicted the world of Skagen women like no other artist. While most of the male artists tended to draw the outdoor beauty of Skagen, mostly fishermen in various chores, Anna set most of her paintings within four walls. The simple paintings would have a Skagen woman in the house doing small chores like knitting or reading. Another distinction in Anna’s paintings was that she was the only Skagen painters who drew paintings depicting religious symbols. The fact that she was the only one among the Skagen painters originallyfrom Skagen lent her pictures a perspective that was different from that of the others. Her works include ‘Blue Ane’, ‘The Girl in the Kitchen’, and ‘Grief’ among others. Her works, along with those of other Skagen artists are now featured at the Saxlid, the Ancher family home in Skagen which they purchased in 1884.
Honors And Achievements
Anna Ancher’s place as one of the great Danish artists of all time is guaranteed. In recognition of her contribution to her chosen field, she was awarded the ‘Ingenio et Arti’ medal in 1913. This was followed by the ‘Tagea Brandt Rejselegat’, a travel scholarship in 1924. Her works are also representatives of Danish art in foreign lands.
Probably, the greatest recognition of her contributions came in 2004, long after her death when she along with husband Michael was featured on the front of Danish Thousand Kroner Bill. 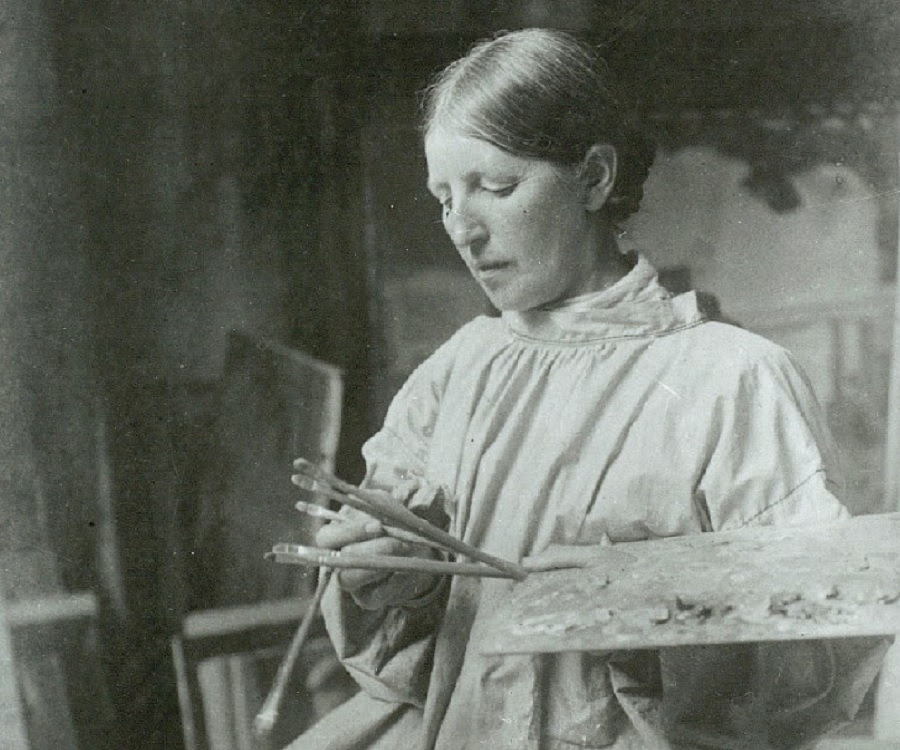