Christian Viveros-Fauné, July 25, 2016
Πηγή: artnet News
Amid the anger-fueled circus that is the current political convention season, few people are willing to make the argument that this country (or the world) is undergoing anything akin to a renaissance—political, artistic, or otherwise.
Donald Trump and Hillary Clinton are so unpopular that the election is being cast as a choice for a least-hated contender for president. That dislike—or outright fury—is catching. Cleveland, the host city for the Republican National Convention, looked less like a shining city on the lake last week than Iraq’s Green Zone. Philadelphia, which this week hosts the Democratic Party convention, looks set to illustrate Hillary Clinton’s pugilistic slogan: “Fighting for Us.”
At times like these, it’s increasingly important to draw historical comparisons—at least for funnin’s sake. Old art can be a perennial fount of new comic observations, so here are a few priceless double takes to get through these increasingly hostile times. Enjoy these 10 images of political figures whose resemblance to famous artworks prove uncanny, creepy, and, hopefully, somewhat stress-reducing.
1. Donald Trump and Francisco de Goya’s Portrait of Manuel Godoy (1801)
An oversized painting done to satisfy one of history’s biggest egos, this portrait of Spanish Prime Minister Manuel Godoy was created to commemorate Spain’s victory in the brief War of the Oranges. The sort of incisive psychological study that sails like a Frisbee over its conceited subject’s head, Godoy’s portrait provides the perfect 19th-century visual shorthand for a 21st-century illness: narcissistic personality disorder. Godoy’s self-belief—which vividly recalls Trump’s own bloated sense of importance—is depicted via the gold brocade of his uniform, his reclining posture, and the phallic baton propped between his legs. Like Trump’s, his hands aren’t very big. In the inimitable words of “Silicon Valley”’s Erlich Bachman, this Hispanic proto-Donald looks ready to ascend the world stage and “ejaculate [his]success all over the faces and hair of [his]fiercest rivals.”

Left: Jean Perréal, Portrait of King Louis XII, (c. 1500). Courtesy of Wikicommons. Right: Vladimir Putin, 2008. Courtesy of Wikicommons.
2. Vladimir Putin and Jean Perréal’s Portrait of King Louis XII (around 1500)
Like Putin, Louis XII became king by accident. On April 7th, 1498, his cousin, Charles VIII, stumbled and hit his head on a doorway arch on his way to watch a tennis match. Because Charles had no male heir, the crown passed to his nearest male relative—Louis, Duke of Orleans. Putin, for his part, was made Russian Prime Minister by the dipsomaniac Boris Yeltsin. After Yeltsin retired from politics, Putin became what The Atlantic magazine has called an “accidental autocrat.” Russians have a saying: Tyajela ti shapka manomakha—”The crown of the czar is very heavy.” But no one said anything about total humorlessness. For Lenin’s sake, lighten up, man.

Left: Jan Vermeer, Young Woman With A Pearl Necklace (1662-1665). Courtesy of Wikicommons. Right: Hilary Clinton, 2016. Courtesy of Wikicommons.
3. Hillary Clinton and Johannes Vermeer’s Woman With a Pearl Necklace (1662-1665)
A painting of a young woman admiring herself in front of a mirror, Vermeer’s unidentified sitter can be interpreted as the Dutchman’s take on both the brevity of life and the vanity of worldly desires. On the other hand, Vermeer’s schoolmarmish dame studies her own image alone, suggesting self-examination—of the sort of Socrates advised when he rejected the unexamined life as not worth living. Fast-forward 351 years: This could be Hillary counting down the huge political costs of her missing emails.

Left: Velázquez, Portrait of Phillip IV, (1623). Courtesy of Wikicommons. Right: Mark Zuckerberg, 2012. Courtesy of Wikicommons.
4. Mark Zuckerberg and Diego Velázquez’s Portrait of Phillip IV (1623)
Not strictly a political figure, Zuckerberg has nonetheless become arguably the most important person in news-gathering, at least since the advent of Facebook’s Newsfeed. According to the digital publishing analytics company Parse.ly, more than 40 percent of referral traffic to news sites comes from Facebook. Unlike previous media giants, Zuckerberg is not only a kingmaker—he is a king. Notice the Habsburg lip.

Left: Drawing of Alfred E. Neumann. Courtesy Wikicommons. Right: President Barack Obama, 2016. Courtesy Adam Berry/Getty Images.
5. Barack Obama and MAD magazine’s Alfred E. Neumann (1956)
Besides that “What Me Worry?” face, MAD magazine’s mascot and Barack Obama have some surprising things in common. First, they’ve both run for elective office. The freckled Obama lookalike made his debut on MAD’s cover as a write-in candidate for US president in 1956. Also, according to former magazine editor Al Feldstein, the publication’s figurehead was originally supposed to look smart. In an interview with The Paris Review, Feldstein says he asked MAD illustrator Norman Mingo to draw a character that had “intelligence behind his eyes” while maintaining “a sense of humor while the world is collapsing around him.” Sound familiar?

Left: Peter Paul Rubens, Drunken Bacchus with Faun and Satyr, (date unknown). Courtesy of Wikicommons. Right: Chris Christie, 2011. Courtesy of Wikicommons.
6. Chris Christie and Peter Paul Rubens’s Drunken Bacchus with Faun and Satyr (date unknown)
In this much-copied Rubens painting, an adipose Bacchus crowned with vine leaves is found wandering around in a drunken stupor like a Kappa Tappa Keg pledge by a couple of untrustworthy frat brothers—resembling, among other Republicans, Donald Trump and his campaign chairman, Paul Manafort. Will they continue to lead him astray or will he sober up and make it back to Jersey to salvage his career as a  local GOP god? Let’s put it this way: Bacchus never faced a 27-percent approval rating (according to a May Monmouth University poll).

Left: Self-Portrait of Joseph Mallord William Turner, (1799). Courtesy of Wikicommons. Right: Boris Johnson, 2009. Courtesy of Wikicommons.
7. Boris Johnson and Self-Portrait of Joseph Mallord William Turner (1799)
Painted when Turner was about 24 years old, this self-portrait was intended to mark his election as an associate member of the Royal Academy. Beyond the superficial similarity of their floppy white hair, there isn’t much real resemblance between England’s master painter and the UK’s new Foreign Secretary. Turner made his name early as an accomplished and wholly original painter with the technical abilities of a mature artist. The 52-year-old Johnson is best known today for making exaggerated claims for Brexit and promptly leaving when the bill came due—a classic high-school move.

Left: Portrait of Pocahontas, (after 1616). Courtesy of Wikicommons. Right: Elizabeth Warren, 2016. Courtesy Alex Wong/Getty Images.
8. Elizabeth Warren and an unidentified artist’s Portrait of Pocahontas (after 1616)
The daughter of a Native American chief, Pocahontas welcomed English settlers to North America in the early 17th century. This likeness, which hangs in the National Portrait Gallery, Washington, DC, was painted after a 1616 engraving made when she journeyed to England after converting to Christianity and marrying Englishman John Rolfe. Four centuries later, Senator Elizabeth Warren’s equivocal self-identification as a Native American gave Donald Trump—America’s birther-in-chief—the ammunition to call the Massachusetts Democrat “a total fraud” and, more controversially, “Pocahontas.”

Left: Balthus, Portrait of André Derain, 1936. Courtesy of Wikicommons. Right: Roger Ailes, 2015. Photo by Wesley Mann/FOX News via Getty Images.
10. Roger Ailes and Balthus’s Portrait of André Derain (1936)
According to the website Every Painter Paints Himself, Balthus’s Portrait of André Derain is a good example of how “the figure of one artist is often based on an earlier one.” In this case, Balthus fused Derain’s face with his that of artistic hero: Nicolas Poussin. Besides a passing likeness to the French master, this portrait is also notable for its icky similarity to recently-deposed Fox News chairman Roger Ailes. The once-unassailable Ailes was brought low by a recent sexual harassment suit brought two weeks ago by ex-Fox anchor Gretchen Carlson. Similar accusations were then leveled by sitting anchor Megyn Kelly.
Dude, keep the robe closed. 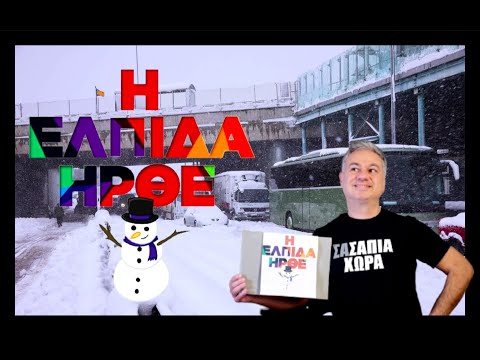